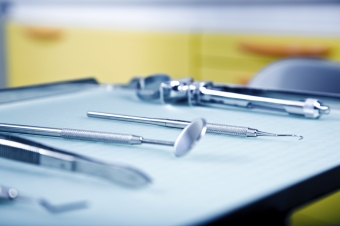 Tooth decay, known formally as dental caries, has been a serious health problem for all nations since time immemorial.

For centuries, tooth decay was thought to be the handiwork of an elusive and, in some cultures, evil tooth worm that gnawed holes into the white, highly mineralized enamel and left all those in its wake in pain. But superstition has yielded to science and its explanation that certain oral bacteria discharge mineral-eroding acid onto the enamel, starting the gradual process of decay.

Over the last several decades, dental researchers have made tremendous progress in defining and learning to thwart the decay process. This work has involved the three-pronged strategy of discovery, innovation, and prevention — and produced one of the major public health success stories of the 20th century.

for most of human history, few people were spared the ordeal of losing teeth, often early in life. The combination of tooth decay and periodontal diseases left 17 million people age 45 and older — about three out of 10 Americans — with none of their natural teeth.

In fact, the most common cause of WWII draft rejection was too few teeth because of tooth decay. Until the 1970s, the cause of tooth decay continued to be a subject of debate, with some believing dietary deficiencies were the culprit, and others focusing on oral bacteria.

The NIH completed the first water fluoridation study that established the benefits of fluoride in fighting tooth decay. Several years would pass before fluoride, the mainstay of modern prevention strategies, would become a common ingredient in water, toothpaste, and other products.

Tooth decay was considered an irreversible disease process — once a cavity started, the only remedy was to drill out the decay and fill the tooth with a restorative material.

Tooth decay is no longer the national epidemic it was a few generations ago. Millions of American children now have little or no decay, and total tooth loss or edentulism is now much less common. Without research progress in the fight against dental caries and periodontal diseases, there would be an additional 18.6 million Americans age 45 and older with none of their natural teeth.

Prevention is now the mantra in American dentistry.

In addition to improved products to fight tooth decay, more people benefit from preventive dentistry, including the use of fluorides and dental sealants to prevent decay. Compared to previous years, these techniques have made it possible for millions more people to keep their natural teeth for a lifetime.

It is estimated that from 1979 through 1989 alone, the American public saved more than $39 billion in dental expenditures due to the power of prevention. Since the 1950s, the total federal investment in NIH-funded oral health research has saved the American public at least $3 for every $1 invested.

New technologies will further prevent tooth decay. Research is underway to develop powerful imaging tools that can detect the earliest demineralization of tooth enamel. These tools will allow the application of special solutions to remineralize the tooth and reverse early decay.

Advances in DNA sequencing produced vast gene databases for many of the bacteria that cause tooth decay. These bacterial blueprints now allow scientists to identify specific genes essential to the decay process, and it may be possible in the future to directly target these genes and inactivate the ability of these bacteria to cause decay.

The bacteria that cause tooth decay live in complex communities called biofilms. Great strides have been made in learning how the bacteria communicate with one another within this biofilm. By jamming the communication signals among the bacteria, it may be possible one day to disrupt the biofilm and end the threat of tooth decay.

If you have questions about how to prevent tooth decay, please contact the Cloverdale Crossing Dental Group team today, and we'll help get you on the path to great oral health!