What are the differences between the three types of sleep apnea? 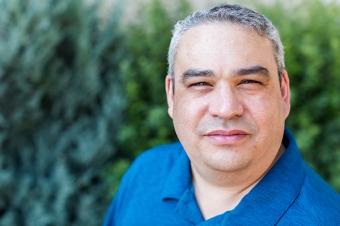 A condition which our Surrey dentists are frequently seeing is sleep apnea. Sleep apnea causes the sufferer to experience frequent pauses in breathing while they are sleeping. The following is a brief explanation of the three types.

Obstructive Sleep Apnea (OSA) is the most common variety of sleep apnea. OSA caused by a collapse of the upper airway which makes it difficult to get air into the lungs. OSA is more common in men than in women, and is more common in those who sleep on their backs particularly if they are overweight.

For people of normal weight who suffer from OSA, the condition is generally caused by some kind of abnormality in the lower face such as an overbite, a large tongue, or unusually small chin.

Central sleep apnea (CSA) is much more rare than obstructive sleep apnea. CSA occurs when the brain does not send normal signals to the chest to breathe properly during asleep. The causes of CSA are typically either severe heart disease or neurologic disease (a disease of the brain). Particularly strong pain medications like morphine and other narcotics have also been liked to CSA.

If you suspect you might be suffering from any type of sleep apnea, contact our dentists at Cloverdale Crossing Dental to book an assessment today.